The HIV/AIDS crisis claimed millions of lives and left 1.1 million HIV/AIDS Orphans in its wake. There are few services available in the country of Uganda but what little there are can only be found in the major cities like Kampala, the capital. The small villages in southwest Uganda were devastated by HIV/AIDS but there was no one to help. Normally in Uganda an orphaned child would be able to go to an uncle or aunt to take care of them but the crisis hit so hard that many children had no one to turn to. Many went to live with their aging grandmothers, some to caring women in their village, and many others were left vulnerable and alone. Nyaka currently provides services to 43,000 HIV/AIDS orphans living in southwest Uganda but we estimate that true number of children who have been orphaned is much higher. 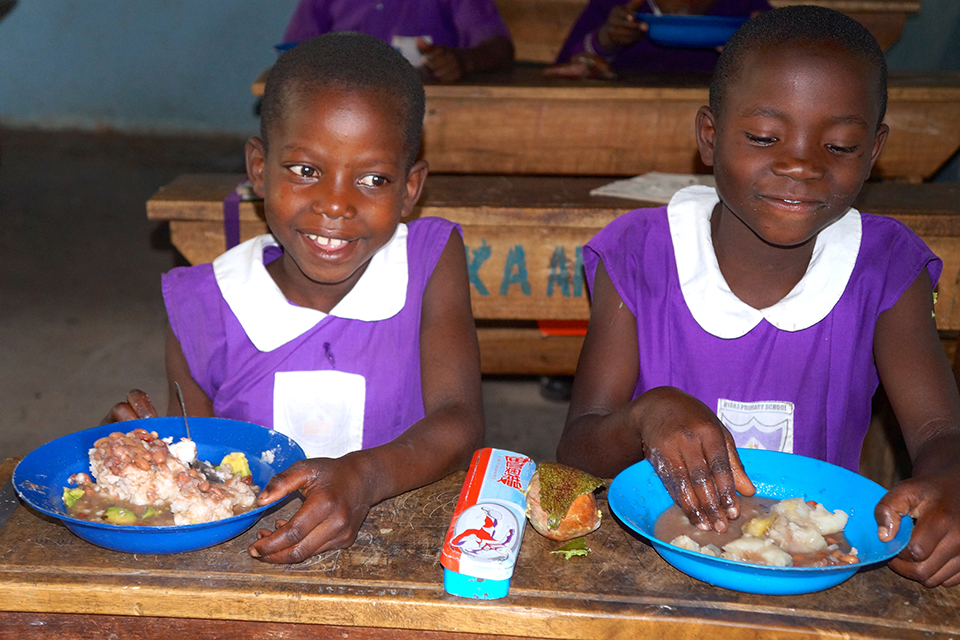 When Nyaka Primary School was still a small, two-classroom school, our teachers noticed that their students were unable to stay awake during class. They saw that many children suffered from stunted growth and had bloated bellies from malnutrition. When Ny...

The Nyaka Vocational Secondary School is Nyaka’s latest building project. This exciting new venture will give free education to even more HIV/AIDS orphans in southwest Uganda. When the school is completed, the campus will include an Administration B...

Nyaka has two primary schools for HIV/AIDS orphans, Nyaka Primary School and Kutamba Primary School. Together they have 463 students this year. Primary school in Uganda goes from Nursery Class (similar to Kindergarten) all the way through Primary 7. Unlik...

The Nyaka AIDS Orphans Project provides placement, tuition, uniforms, and school expenses for all of our students’ secondary and high school education. In addition, we continue to oversee our children’s development, including counseling and me...

The Sponsor a Student Program is a unique way to make a personal connection with a Nyaka and/or Kutamba student. You pledge to donate the cost of school attendance for a student of your choosing. Once...