497 Nails: A Journey Of Letting Go

Our friend, Dr. Garrett Turke wrote a beautiful book about his father’s battle with Alzheimer’s Disease. He is donating 10% of the proceeds from this book to support your grandmothers and students in Uganda.

In the summer of 1999 I thought I owned the world. I had what I thought mattered in America, a successful career as a Ph.D. Psychologist, a beautiful professional wife, and two marvelous daughters. A home in a suburban college town, and a real shot at what I wanted out of life: financial success, the iconic American family life, and plans to travel the world. All the essential ingredients for happiness. These were values instilled in me by my father, a man I idolized all my life. I was still too young to question my course. And then my world crashed. My father, the idealized, iconic champion, got sick. From something insidious, from something he really couldn’t battle, something he couldn’t rise above, and for the first time, something he couldn’t beat. Alzheimer’s Disease. I had to do the right thing, the dutiful thing, the loyal thing. I had to take care of him. I wouldn’t listen at first. Help? Hell no, this is MY father; I will take care of him. Caring for him soon became my obsession, my identity, something that was only about me, and my relationship with the man I loved and idolized. I didn’t need any help. I didn’t want any help. Just suck it up and be a man, Garrett. Don’t pass the buck to someone else, don’t bring strangers in, don’t put him in some dehumanizing memory care “home.” Just don’t give up and quit on him. Do the right thing. Shelter him from pain and make him proud of you. And so our journey began, the idealized iconic father, stricken with a slowly progressive, fatal disease, with his loyal and ever faithful son by his side. But what started out as a caregiver’s journey quickly became something much more. I had to come to terms with the slow, painful realization that my father was not the man I thought he was. My perfect suburban world belied a host of hidden family secrets and suppressed abuses, a world where I ultimately began to question and then feel betrayed by the values I was raised with. This is a story of ever-widening eyes, a story that began to transcend my father’s sickness, a story of karma and uncanny “coincidence,” and of terrifying secrets that had crippled and ate away at my family from beneath the wholesome façade. It is a story of eventual salvation, of letting go, of realization that darkness cannot live in the light, that goodness will eventually triumph over evil. It is a story about a struggle to reach a bitter end, which ironically unfolded a redemptive beginning. It is the story of a son and his father, a story of a “dysfunctional” family, a story of redemption, of God and angels made manifest. It is my story, it is my father’s story, and perhaps, it is the story of us all. 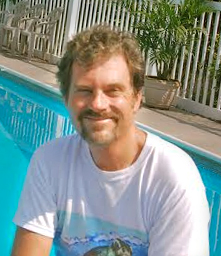 Garrett L. Turke is a practicing Ph.D. clinical psychologist who has been a father, care giver, and healing professional for over 3 decades. Originally from Los Angeles, he has a lifelong interest in anthropology and has traveled the world extensively. His unique life experiences have allowed him to integrate and synthesize many different and diverse cultural frameworks into his philosophical and spiritual worldview. He believes in the power of unconditional human compassion and kindness in guiding the future of the human experience and its evolution. In recent years Dr. Turke has turned to writing to express the life lessons his experiences have taught and cultivated within him. His recently released, 497 Nails: A Journey of Letting Go, has brought rave reviews about his care giving and spiritual experiences with his father, Walter, stricken with Alzheimer’s Disease. Dr. Turke currently lives in Michigan, where he often writes along the ever-inspiring Lake Michigan shoreline.

Learn more about Garrett and his other books on his website: www.garrettlturkephd.com

Purchase your copy on Amazon and 10% of the proceeds will go towards supporting your grandmothers and students in Uganda.